Meet the writer and illustrator 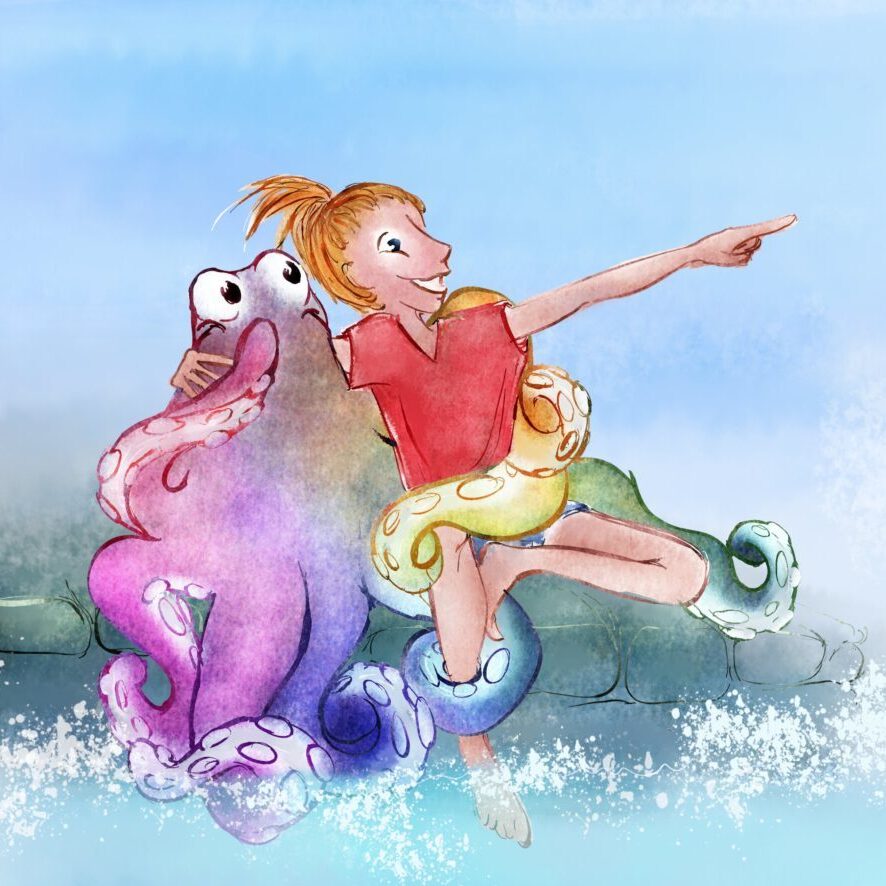 With a niece to entertain, Jane decided a giant, colourful octopus kite was the answer (with the added bonus that being in its distinctly unmissable presence might just embarrass Jane’s brother). ‘He’s called Ollie,’ Jane explained, ‘and he wants to see the world!’ After seeing how enchanted Ellie Mae was with her new friend, Jane wrote a story to tell her all about where he came from – and ‘Jolly Ollie Octopus’ was born.

It was serendipity that brought Jane and Sarah together. And Sarah’s first drawing of Ollie captured his gentle charm so wonderfully that a simple request to ‘decorate a story’ slowly developed into a beautifully illustrated book.

Jane has spent the last 20 years living and working in tucked-away corners of the world, content in a dugout canoe on the Amazon, put-putting along on an essentially brake-free scooter in Laos, or sleeping under the stars in the Kalahari. It turns out a Master’s in Eighteenth Century Women’s Poetry from the University of Oxford doesn’t just lead to the darkened hallows of a library’s archive…

She lives in her book-lined cottage in rural France at an address that translates to ‘Hidden Place, End of the World’. Her current obsession – for at any time, one should always have a few decent obsessions – is a bright red camper van named Florence, freedom in a locked-down world.

For more about Jane, you can find her website here. 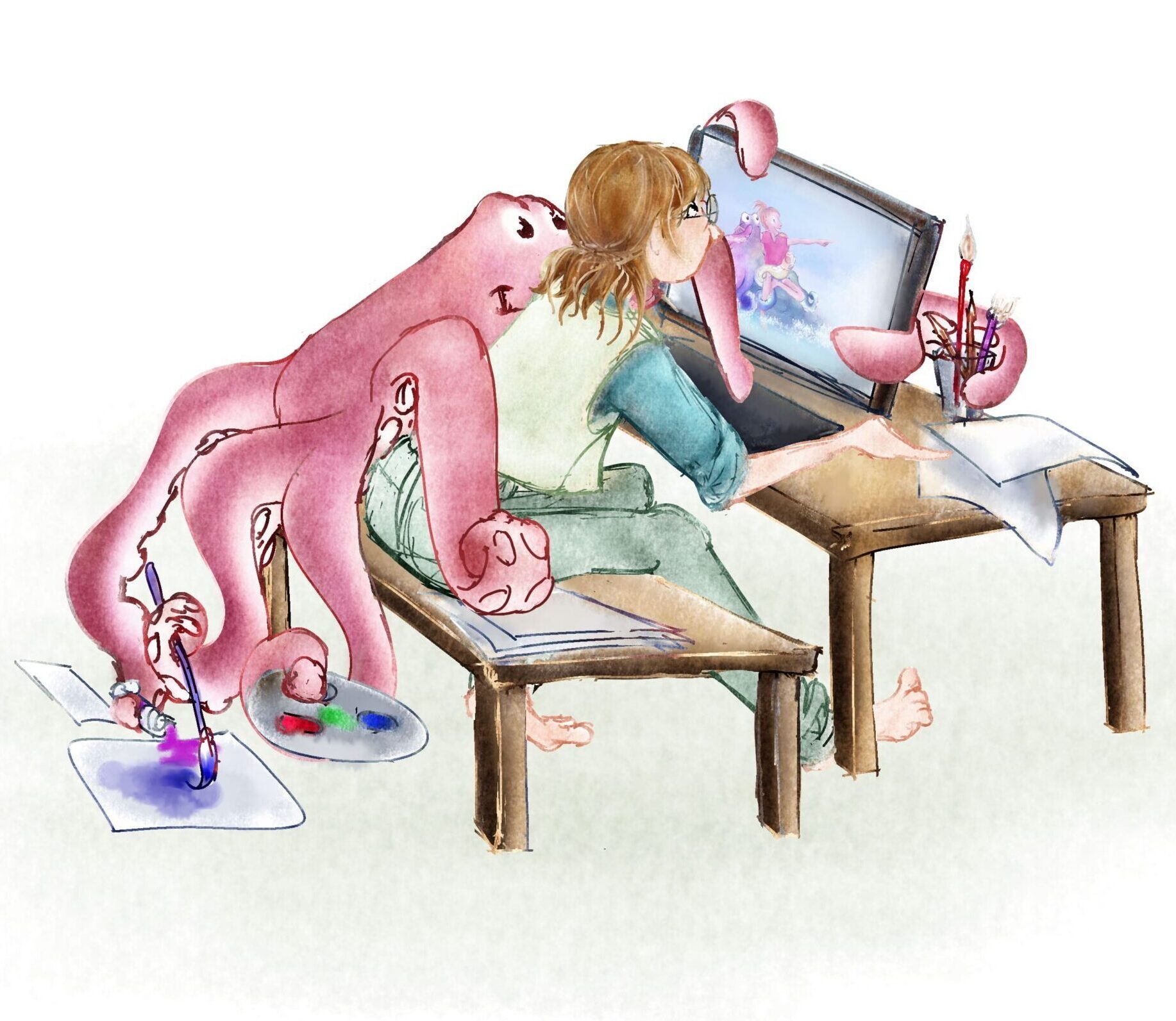 One fine summer’s day, Jane wrote to Sarah to say that Ollie wanted to play. And play they all did, from the depths of the ocean to the heather-clad Highlands. They met wonderful characters that swam, wriggled and flew into Ollie’s story to keep him company.

With all these new friends of Ollie’s, Jane worked her rhyming magic and they flowed through ‘The Pen’ (that Sarah belongs to) onto the pages to join Ollie in his adventure. May you have as much fun with them all as Ollie, Jane and Sarah did – slàinte mhath!

After decades of bouncing around parts of Africa in a Landi, playing with wildlife and four sons, Sarah is now joyfully rediscovering the precious wild flora and fauna of the UK’s hedgerows and dry stone walls, the woods and the waterways.

For more about Sarah and her work, you can head over to here. 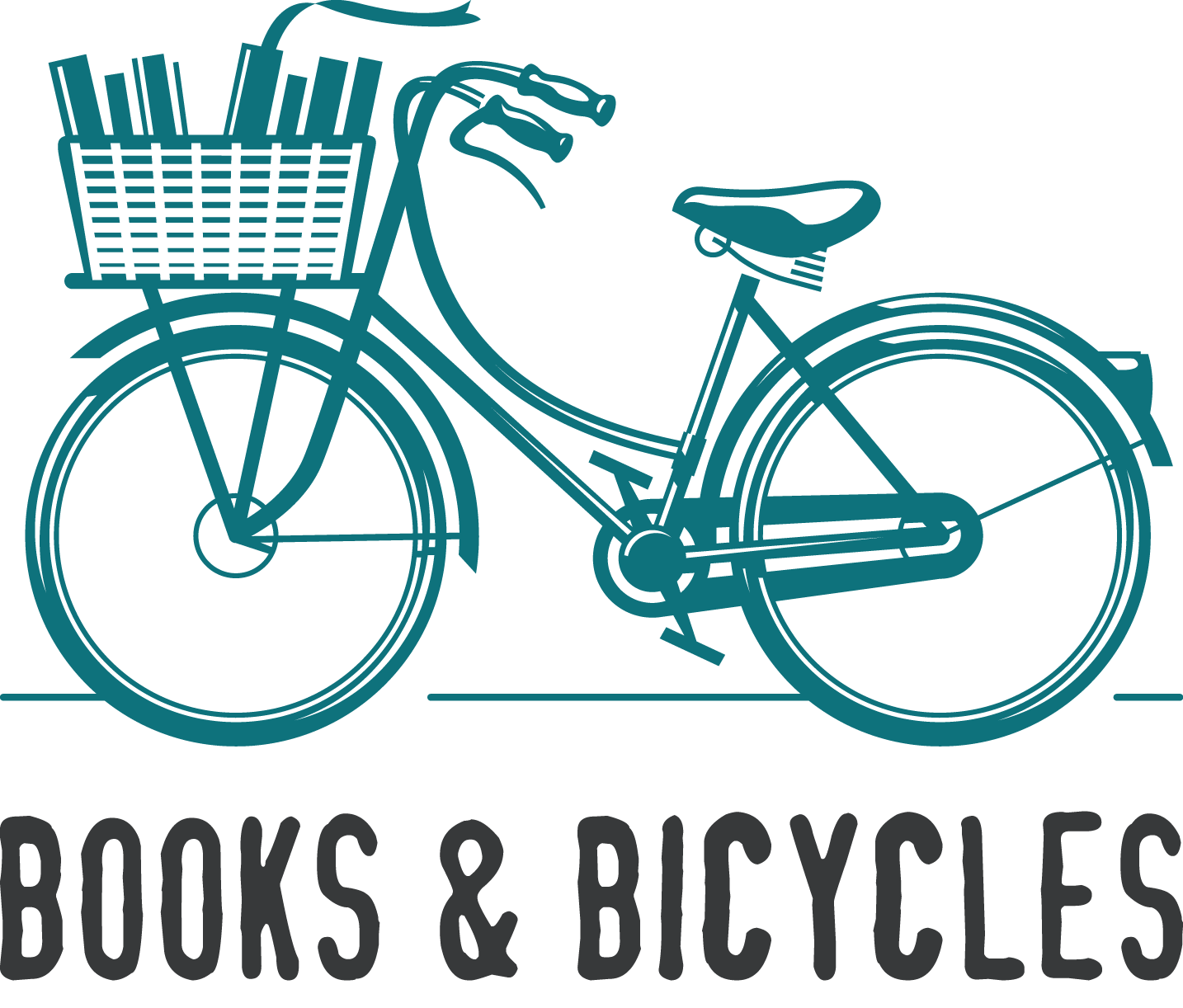 Books & Bicycles Press is a new publishing house that is looking for something different in its books. All books printed by B&B Press aim to inspire, engage and educate – blending philosophy with dreams of distant shores. Readers can trust us to be discerning and deliberate in our choices.

Likewise, we trust our readers to be discerning. That is why we will never sell our books directly on the likes of Amazon. We will rely on word-of-mouth and the hard work of small, independent bookshops – those wonderful sanctuaries that offer enchantment and enrichment in equal measure.

And they are a publisher that gives back: 5% of profits from sales of books will go to carefully selected small, grassroots charities around the world who are working in their communities to bring books and the escapism they offer to those most in need.

Books and Bicycles are publishers of tales that will take you far away from the increasingly madding crowds, and we promise to leave you feeling inspired and re-energised for life in our whirlwind world.

Get in touch with Jane and Sarah

If you want to ask either of us anything, just drop us a message and we’ll get back to you as soon as we can.